Tuition First would like to add the following comments, ‘How often do you as parents get your children to check a bill, ask for directions or answer a phone call in a business-like manner?

‘As parents, we can develop our kids’ people skills and talk to them about some of our daily decisions. These will all help their workplace skills.’ 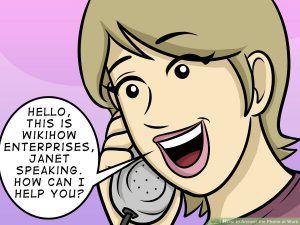 This article was first published on the BBC website on 1 November. Written by Catherine Snowdon, BBC Business reporter

You’re 18 and leaving education, the world of work is at your feet. Or is it? Not so, according to the Chartered Institute of Management Accountants (CIMA).

A survey by the business group has found eight out of 10 British school-leavers “lack essential business skills” such as numeracy.

More than 80% of young people require “significant training” before being put to work, according to the 4,000 finance professionals questioned. The figure is worse than last year, when 75% of school-leavers were said to need this level of help after being hired. The top areas of weakness for new recruits are people skills and business skills, followed by technical skills.

But how much of this can and should be taught in schools?

Alison Arnaud, borough principal of Tower Hamlets College says her staff go above and beyond to prepare young people for the workplace, but at the end of the day, they will always need some finessing depending on the industry they end up in.

“We will mine for the diamond, but the cut and polish is the responsibility of the employer,” she says.

Victoria Hill is 17 and studying business, economics and accounting A-levels at the college. She is aware her choices throughout her education have set her up well for work. But, she says her activities outside of school are just as important.

Doing it alone
“I do public speaking because I take part in pageants,” she says. “It’s definitely increased my confidence.”

Victoria also works part-time for her family’s business, and says the amount of team work involved in her job took her by surprise.

“You have to work well together to plan properly for the different groups of customers that come in,” she says.

Fellow student Ifthekar Hussein, 18, had a summer job at Tesco this year. He says the training he received at the supermarket chain was invaluable in helping him learn how to approach and deal with customers.

“I was so nervous at first,” he says.

Grace Mehanna, campaign director for youth employment at Business in the Community, an outreach charity that promotes responsible business, says businesses have a big role to play in preparing school leavers for work.

“From working in schools to help young people and teachers to understand what employers need, to offering new routes into work in the form of apprenticeships; there are many ways businesses can help to bridge the skills gap,” she adds.

More to be done
Worryingly, the CIMA research finds that the apparent low calibre of new hires is affecting the performance of the firms that took part in the survey.

More than 90% of those surveyed in the UK reported that their workload had increased as a result of skills shortages, with 66% agreeing it had increased the stress levels of staff and 44% that it had caused a fall in departmental performance.

“It is clear the education system is failing young people and failing business. Children spend at least 14 years being schooled, and that provides ample opportunity to equip them with the basic numeracy and literacy skills on which to base a career,” says Noel Tagoe, executive director of CIMA Education.

“Over the years our various governments have been keen to champion new ideas in education. My concern is that in the long-term the frequency of these changes appear not to be strengthening students’ grasp of the basics,” he adds.

Tower Hamlets College principal Ms Arnaud agrees that the number of changes is “part of the problem” when it comes to the disconnect between what employers are expecting and what students are being taught.

“Education is a steamliner, it can’t be turned around quickly. Change is not a bad thing, it can be refreshing, but it can’t be done for the sake of change,” she says.

Under pressure
Georgie Walters, who is 16 and works in financial services, says school left him ill-prepared to deal with the pressures of work.

“Work is very different to school, teachers spend a lot of time talking about bullying, which is important, but they need to also spend time teaching us how to handle pressure. They don’t tell you about the stresses involved in working.”

What are you doing to make sure your kids are ready and have workplace skills to face the business world?