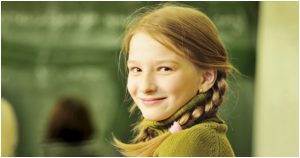 This article about Finland’s education system was first published on Brightside but we thought it was worth sharing. You can also read my views following the article – Mark Osmond, Tuition First

Finland’s education system is considered one of the best in the world. In international ratings, it’s always in the top ten. However, the authorities there aren’t ready to rest on their laurels, and they’ve decided to carry through a real revolution in their school system.

Finnish officials want to remove school subjects from the curriculum. There will no longer be any classes in physics, math, literature, history, or geography.

The head of the Department of Education in Helsinki, Marjo Kyllonen, explained the changes: “There are schools that are teaching in the old-fashioned way which was of benefit in the beginning of the 1900s — but the needs are not the same, and we need something fit for the 21st century.”

Instead of individual subjects, students will study events and phenomena in an interdisciplinary format. For example, the Second World War will be examined from the perspective of history, geography, and math. And by taking the course “Working in a Cafe,” students will absorb a whole body of knowledge about the English language, economics, and communication skills.

This system will be introduced for senior students, beginning at the age of 16. The general idea is that the students ought to choose for themselves which topic or phenomenon they want to study, bearing in mind their ambitions for the future and their capabilities. In this way, no student will have to pass through an entire course on physics or chemistry while all the time thinking to themselves “What do I need to know this for?”

The traditional format of teacher-pupil communication is also going to change. Students will no longer sit behind school desks and wait anxiously to be called upon to answer a question. Instead, they will work together in small groups to discuss problems.

Finland’s education system encourages collective work, which is why the changes will also affect teachers. The school reform will require a great deal of cooperation between teachers of different subjects. Around 70% of teachers in Helsinki have already undertaken preparatory work in line with the new system for presenting information, and, as a result, they’ll get a pay increase.

The changes are expected to be complete by 2020.

Mark Osmond, Tuition First:
It is apparent to many teachers that the climax of most pupils education at secondary level is to be taught specifically for a test. The pupils, teachers and schools are being judged and assessed by their GCSE and A level results. This also happens in Primary schools with the SATs tests. In principle, this seems a reasonable practice. After all the schools and teachers are publicly funded, and as such should be accountable for their performance.

The pupils will need to find their place in work or continued studies, and places are limited – a judgement has to be made on who will be accepted. Surely, graded academic results will be a good indicator of ability and endeavour. Some will argue that they are and some will argue that our academic tests have become no more than a memory test. What is of growing concern is that students are leaving schools with low or limited employability skills. A recent survey of employers, by the Chartered Institute of Management Accountants, sights 80% of school leavers having low employment skills, particularly in the areas of interpersonal communication and numeracy. Wow – if right that is a serious failing by our education system!

The article indicating the changes in the post 16 education system in Finland seems fascinating. It starts with the premise that our education system is out of date, and is predominantly a reflection of the 1900s. This is a thought that is gaining momentum universally. Our students now have instant access to a mass of information and facts from the internet. As a Maths teacher, I can see we have advanced computer programmes that can calculate and display information in a way that enhances the skills of the user. This allows us to focus on outcomes, creativity and progression, not remembered techniques, rules or formulae.

For some time, I have been of the opinion that we should focus years 7 and 8 on developing their problem-solving techniques, and ignore the core syllabus whilst drawing on the expected curriculum as appropriate. This would help pupils as the study subjects become more complex. It appears that the new Finnish education system might encourage this and do this in an environment where students imitate the normal work environment rather the classroom. This will potentially improve employability skills.

The proposals in Finland would require a massive change to our education system and are not for the faint-hearted. It will be interesting to see how the Finns progress, but I applaud them for their vision, bravery and progressive approach