There are surely plenty of creative ways to teach maths, and demonstrate its artistry to young people 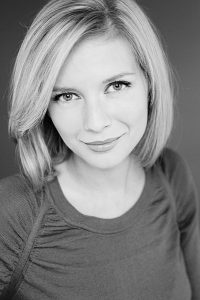 If I had a penny for every time I’ve heard someone proudly declare they’re “rubbish at maths”, suffice to say I’d have a lot of counting to do by now. Many Britons see their numerical illiteracy as a badge of honour. It’s an entirely different admission to announcing to the world: “I can’t read.”

But our cultural aversion to maths is affecting young people, not least in the classroom. This week, the head of Portsmouth High School called for maths textbooks to be banned, “because they intimidate students” and “maths is about confidence”.

Some people have dismissed this as another dumbing-down school measure to accommodate the next generation of snowflakes. But it hits on an important point about the deep psychological barriers to maths in this country – and raises questions as to how we can tackle them.

Maths can be a black-and-white subject; answers are either right or wrong. I was someone who, without much effort, got things right, which gave me great confidence in the subject. At the same time, other children are convinced at a really early age that they can’t do maths, and it’s “not for them”, an attitude compounded by well-meaning parents who drew the same conclusions about themselves long ago and now just shrug it off. Is a British fear of failure underlying this? Even a lack of patience? The key to success in maths is perseverance: if at first you don’t succeed, work a bit harder or find another approach to attack a problem.

Neither do we celebrate the creativeness of maths, or how it is interwoven with our cultural heritage. We learn about the brilliance of Shakespeare at school, but how many pupils have heard of Charles Babbage? We need as a nation to start promoting the great things our mathematicians and scientists are doing to inspire the next generation. 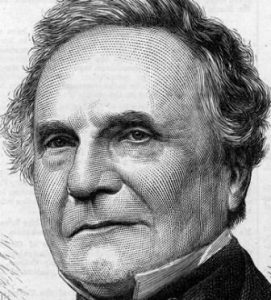 Charles Babbage: father of the computer

We also need to find more exciting ways to teach maths in the classroom. Thinking back to my own maths lessons, I’ll admit that, for the most part, they were boring. Perhaps the most tedious aspect was having to work through countless examples from a textbook. It served a purpose, but it didn’t inspire me and I went on to study maths despite, not because of, those lessons. Portsmouth High School’s proposed no-textbook approach would require more time and effort from already overstretched teachers, but well done to the head for instigating radical change to improve the students’ feelings towards the subject. There are surely plenty of other creative ways to teach maths, and demonstrate its artistry to young people. Celebrating the mathematical patterns, symmetry and fractals of snowflakes, for example would do far more to promote maths in our country than moaning about them.

So let’s be more maths positive. Stop saying “I can’t do it” and persevere. Numerical illiteracy is nothing to be proud of.

This article first appeared in The Daily Telegraph on 4 August 2018.