The following article appeared in the tes on 24 April 2018. At Tuition First we find this is a problem, but predominantly with younger pupils not at GCSE level. 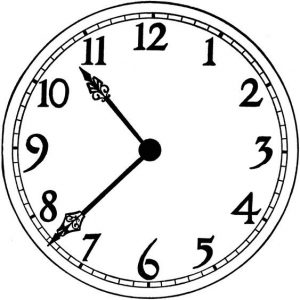 A teacher, giving a presentation at a conference in London, has said that many pupils in Years 9, 10, and 11 are only able to tell the time if provided with a digital clock.

She told participants: “It is amazing the number of students I am coming across in Year 10, 11 and in sixth form who do not know how to tell the time.

“We live in a world where everything is digital. We are moving towards a digital age and they do not necessarily have analogue watches anymore and they have mobile phones with the time on.”

The teacher was speaking at a conference held last month by PIXL (Partners in Excellence), a partnership of more than 2,500 schools, sixth forms and alternative providers.

Her claim was backed up by delegates from a range of secondary schools, who said that it was common for GCSE candidates not to be able to read an analogue clock.

A number of ‘Twitter teachers’ agreed, with some pointing out that their pupils were unable to understand clock chimes.