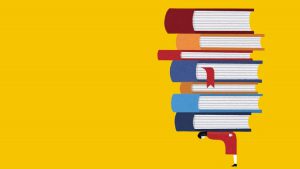 This article about pictures as a learning and revision aid, first appeared at tes.com on 24 January 2018.

If you want students to absorb information and retain it, most teachers will agree that associating the object of learning with visual cues, such as pictures, works wonders, especially when it comes to revision. But the efficacy of pictures, diagrams and mind maps is not clear cut, finds Kat Arney

On a pound coin, which way does the Queen face?”
I pause, unsure, trying to conjure up the familiar image in my mind.
“Left?”
Much to the satisfaction of my examiner – University of Edinburgh professor of psychology Robert Logie – I’m wrong. Her Majesty faces right on coins and left on stamps.

It’s a trivial example, but it highlights the point that he’s making: we can see something 100 times or more, but not necessarily remember it accurately.

This is important to recognise as we get to the business end of the academic year, when secondary schools are persuading thousands of teenagers to buckle down and revise. It’s accepted wisdom that pictures, diagrams, mind maps and even coloured pens are vital tools for teaching and revision. There’s also an impressive base of research literature on the role of images in learning, foremost among it US psychologist Richard Mayer’s cognitive theory of multimedia learning. This theory proposes that “people learn more deeply from words and pictures than from words alone”.

But it’s not enough to just plaster everything with pretty pictures and assume that it will help children learn.
As with most things in education, it’s a bit more complicated than that.

Connecting the dots
The idea that making information visual is useful for students is pretty widely accepted. The reason it works is down to how we are wired: Logie explains that learning involves the growth of networks between nerve cells in the brain.
“When you’re learning, you’re developing these networks and forming associations between bits of information,” he says. “Images are much richer in information than language, particularly for younger children, and you have to think about all the associations that go into generating an image. So with images, you’re actually growing more connections as you learn.

“Images can encapsulate a lot of information in a very small amount of visual display – a picture tells a thousand words, after all.”

That’s not to say that text is not important. The key concept here is known as “dual coding”, presenting information in written and visual formats. Megan Smith, an associate professor at Rhode Island College in the eastern United States, says there are solid studies showing that consuming information in this way boosts learning.

“If you have two different ways of remembering information, visualisation and text, then that’s going to give you two pathways to help you remember,” she tells me.

Here’s an example of dual coding in action in the classroom: students look at teaching materials comparing images to the accompanying words. They then design their own images based on the information they need to learn, manipulating the information into various representations. So, for example, the respiratory system could be shown as a flow diagram, an annotated illustration of the upper half of the human body and a cartoon. Eventually, Smith says, the aim would be for students to be able to draw these visuals from memory.

Handling pictures correctly
She says that not only does this approach help students make sense of concepts by creating a number of ways to represent the same information, but it also encourages a crucial aspect of learning called retrieval processing: getting the facts back out of the brain again at a later date, such as during a test.

It’s this retrieval process that has to be central to image creation. For example, concept mapping (also known as mind maps or spider diagrams) is a popular revision technique where students draw “bubbles” containing related concepts, then add connecting lines and phrases that link them together. But for these to work well, they need to be handled correctly.

The best-known studies of the benefits of concept mapping come from education researchers Janell Blunt and Jeffrey Karpicke. Splitting students into two groups, the researchers asked one set to study a textbook and create concept maps, keeping the text open in front of them. The other group was asked to read the material, then put the books away and test themselves on it – a technique formally known as retrieval practice. When examined a week later, these self-testers performed significantly better than the concept mappers, even if the final test involved drawing a concept map. Yet, when quizzed, most students said they thought that drawing maps from their textbook would be the more effective revision tool.

“Anything involving retrieval practice is good,” says Smith. “If students like concept mapping or the materials lend themselves to have that kind of visual depiction, then it can be really great. But the better way to do it is to put the materials away and use drawing maps as a way to practise bringing information to mind. It’s not so much about the visualisation per se, but about the processing that occurs. Just looking at a map isn’t going to be as good as bringing the information to mind and producing it.”

Reassuringly, the artistic merits of that map are not overly important. All the researchers I’ve spoken to confessed to being bad at drawing, but stressed the importance of self-testing and retrieval rather than producing perfect pictures. That’s because the images that really count are not on the paper, but in the brain.

Externalising these pictures by drawing them can help with consolidation, he explains, but it’s the act of generating images in the mind that is most important.

Forced to understand images
Interestingly, that process of creating mental images can be knocked off course and neutered by selection of the “wrong” pictures. The biggest culprits here are textbook and resource authors, and teachers with a taste for “engaging” PowerPoint presentations. Students lightening up their revision with “fun” pictures can also be offenders.
Professor John Dunlosky, a psychologist at Kent State University in Ohio, warns against being distracted by “seductive details”, which detract from learning rather than enhancing it.

The danger is that textbooks and teachers use images designed to appeal to the reader or audience, rather than to boost learning.

“You’ll be reading a psychology textbook and learning about reinforcement, and to illustrate it, they’ve used a cute dog – for example, someone is teaching the dog to do a trick,” he says. “But instead of thinking about how reinforcement is supposed to work, you start thinking about dogs instead.”

He explains that if the visuals portray the processes that the text or a teacher is describing, then they can enhance learning that content. The problem is that sometimes we only use the seductive kind of visuals and presentations, which can be distracting.

Dunlosky admits that he probably relies on too many of these seductive visuals in his own university lectures. After all, they’re cool, engaging and appealing to bored students. But although bizarre, striking or funny images can be very memorable, they have to illustrate the educational point that’s being made rather than being mere entertainment.

The same goes for flashy animations or videos, where having too much going on can lead to so-called cognitive overload.

“Having visual animations along with spoken word or subtitles can be really good,” says Megan Smith, “but if you’re trying to process way too much information in a meaningful way, it can actually harm learning.”

Learning styles out of fashion
In a recent blog post for The Learning Scientists (a group of cognitive psychologists dedicated to making the science of learning accessible to students and teachers, bit.ly/DualCodingLS), Smith describes some useful tips for beating brain overload, including slowing down the presentation of words and pictures, or breaking it down into chunks. She also suggests avoiding the use of the same words in images and in text – counterintuitively, this actually takes more brainpower to process than differing words.

Another big no-no is additional distractions, such as music or irrelevant animations.

But are images even the best way to communicate ideas to every student? Any discussion of the role of visuals in education soon touches on learning styles, suggesting that some people are more strongly disposed to learn from images, while others prefer words, listening or doing. This theory has been widely and conclusively discredited and Dunlosky believes that this concept needs to die a swift death.

“People have learning preferences, but those preferences don’t match onto the effectiveness of the particular way in which something is taught,” he explains. “Someone who says they prefer a visual style isn’t actually going to benefit that much more from visual presentation than an auditory one, and vice versa. It’s just such a feel-good idea that a lot of people in the educational profession are making money off it inappropriately and it continues to penetrate people’s thinking.”

But while he can point to a significant body of data showing that analysing individual learning styles and using them to tailor teaching is ineffective, he says there’s still one concept that’s worth clinging to: multimodal learning. This method uses a range of tools – visual, auditory, verbal and physical – for teaching and revision.
“It’s good that the idea of learning styles isn’t true because whatever your preferences, probably the best way to learn is similar for everyone,” he says.

Visuals are unequivocally a major part of that. Whether preparing students for a test or simply getting them to understand information in a normal lesson – at whatever phase of their education – pictures can be powerful. Smith urges teachers to also remember that this is an effective option if you want to make lessons enjoyable.
“Teachers should be encouraging students to create fun ways to practise retrieval in the classroom and at home,” she says.

“They can be creating concept maps from memory, having them identify relationships with pictures and drawing diagrams. All of that’s going to be really helpful.”

“I like reading and I like it even more if a book has pictures, but they’re not necessarily always conducive to learning.
Dr Kat Arney is a science author and co-presenter of the BBC Radio 5Live Science show. She tweets @harpistkat