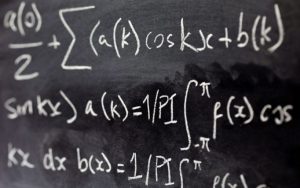 This article about maths education (math education) was first published on edcircuit.com but we think it is an interesting subject well worth reading. The author, Conrad Wolfram is American, so that math and math education will be the terms used throughout the article.

‘There are few subjects in today’s school curriculum as emotive as math. Like it or loathe it, the sacrosanct, central, compulsory position it commands for years of every student’s education is rarely questioned.

Well, I am going to question it. As a mathematician and as director of what’s arguably the world’s ‘math company,’ I’m exposed to math from more angles than almost anyone. I’m also extremely pro-math and what it can achieve.

This growing chasm is a key reason why math is so despised in education and yet so powerful and important in real life. We have confused rigor at hand-calculating with rigor for the wider problem-solving subject of math. We’ve confused the once-necessary hand mechanics of the past with the enduring essence of math.

At its heart, math is the world’s most successful system of problem-solving. The point is to take real things we want to work out and apply, or invent, math to get the answer. The process involves four steps: define the question, translate it to mathematical formulation, calculate or compute the answer in math-speak and then translate it back to answer your original question, verifying that it really does so.

The central change in real-world math of the last 50 or so years is that we automated calculating beyond any previous imagination. Computers now do a fantastically better job than people – even well-trained ones – in almost all cases.

This is a fundamental change to the real-world subject of math but education has failed to follow this change, with disastrous consequences. For a start, curricula around the world spend most of their time teaching abstract and subsequently unused hand-calculating. Students rarely get to apply these techniques or learn how they would do so. Even when there are so called ‘word problems’, they are often in fact toy problems and largely outside any context most students can relate to. Many therefore switch off. Real problems are usually messier. There’s more calculating, and the calculations are harder. Different skills are employed and they need a broader math toolset. All this is only possible to handle if computers do the calculating.

Indeed, it’s the mechanization of calculating that’s powered math to be applicable so widely in society and of so great a concern in education. From medicine to mobile phones to finance, to the very computing technology that drives it, math has become usable and useful only because we’ve mechanized computing answers so successfully.
In real life the problem leads, and if the computation is messy and complex that’s OK: the computer will probably cope. By removing the computer from math education you remove many of the real-problem solving skills and most of the real context.

This is a major worldwide waste of human endeavor: We’re spending around 20,000 student lifetimes a year learning hand-calculating, most of which will not be of use afterwards. Why not teach the computer-based math subject that would dramatically improve STEM skills and likely students’ appetite for them too?

Math is so high on the agenda in most states, and federally, as well as in most countries around the world, because of the growth in the chasm between students’ understanding and real-life needs. Governments often wrongly conclude that this is because math education standards are worse than they were. But the real problem is that real-life math is much more demanding and we’re running in the wrong direction to catch up.

Instead of rote learning long-division procedures, let’s get students applying the power of calculus, picking holes in statistics, designing a traffic system or cracking secret codes. Such challenges train both creativity and conceptual understanding and have practical results. But they need computers to do most of the calculating – just like we do in the real world.
One recent direction that will help all of this is governments’ new-found enthusiasm for computer coding in schools. Much of the reason given for why it’s important is that everyone can understand the insides of the apps they’re using. But I think there’s a much deeper point. Code is the modern way in which you express math and the way to get computers calculating: It’s that central.

Computer-based math is growing movement with early projects in Estonia, Sweden, and across Africa and interest from many other countries and jurisdictions, but most of all from teachers, parents and students. This is a major reform of a central subject and will take time, but those who can accomplish it first will reap the greatest rewards.’

The opinions expressed here are solely those of Conrad Wolfram. 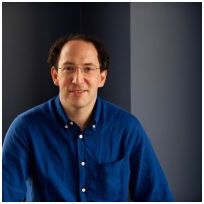 Conrad Wolfram is founder and CEO of Computer-Based Math.